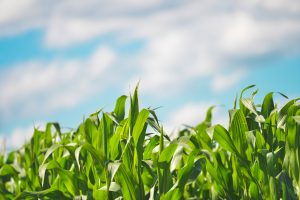 Plants using C4 photosynthesis grow 20-100 per cent quicker than more common C3 plants by altering the shape, size and structure of their leaves and roots, according to a new study.

The ground breaking research, conducted by scientists at the University of Sheffield, revealed why plants using C4 photosynthesis – a complex set of structural and chemical adaptations that have evolved more than 60 times to boost carbon uptake compared to the ancestral C3 plants – grow so rapidly.

The study, which is the biggest of its kind, discovered C4 plants not only grow up to 100 per cent faster than common C3 plants, but they also make cheaper leaves allowing them to produce 50 per cent more roots.

As roots take up water and nutrients from the soil C4 plants have important advantages in dry and infertile soils across the world’s savannas and grasslands – something which could be engineered into rice to help the crop use soil resources more sustainably as well as producing larger yields.

Professor Colin Osborne, lead author of the study and Associate Director of the University’s Grantham Centre for Sustainable Futures, said: “Photosynthesis powers most life on Earth because it converts solar energy into sugars which are used by plants to grow.

“C4 photosynthesis has evolved in tropical plants to boost sugar production over the more ancient C3 type of photosynthesis. Grasses using C4 photosynthesis dominate the world’s savannas and it is also used by maize and sugarcane to achieve high yields.

“We have known for a long time that C4 photosynthesis explains the rapid growth of record breaking plants, but most plants don’t grow that fast – in fact growth can vary ten-times among plant species. By comparing almost 400 grass species our research has led to unexpected discoveries that will now change the way we think about C4 photosynthesis.”

Only three per cent of existing plant species have C4 lineages but they account for 25 per cent of terrestrial carbon fixation. C4 grasses include some of the world’s most important food and energy crops and C4 grassy savannas provide critical ecosystem services for more than a billion people.

“Unexpectedly, during our study we found that during the critical seedling establishment stage enhancement of the plants are driven largely by a high ratio of leaf area to mass, rather than fast growth per unit leaf area.

The research, published in Nature, comes just a week after scientists from across the world gathered in Canberra, Australia for a unique conference celebrating the 50th anniversary of the discovery of C4 photosynthesis by Dr Hal Hatch and Dr Roger Slack.