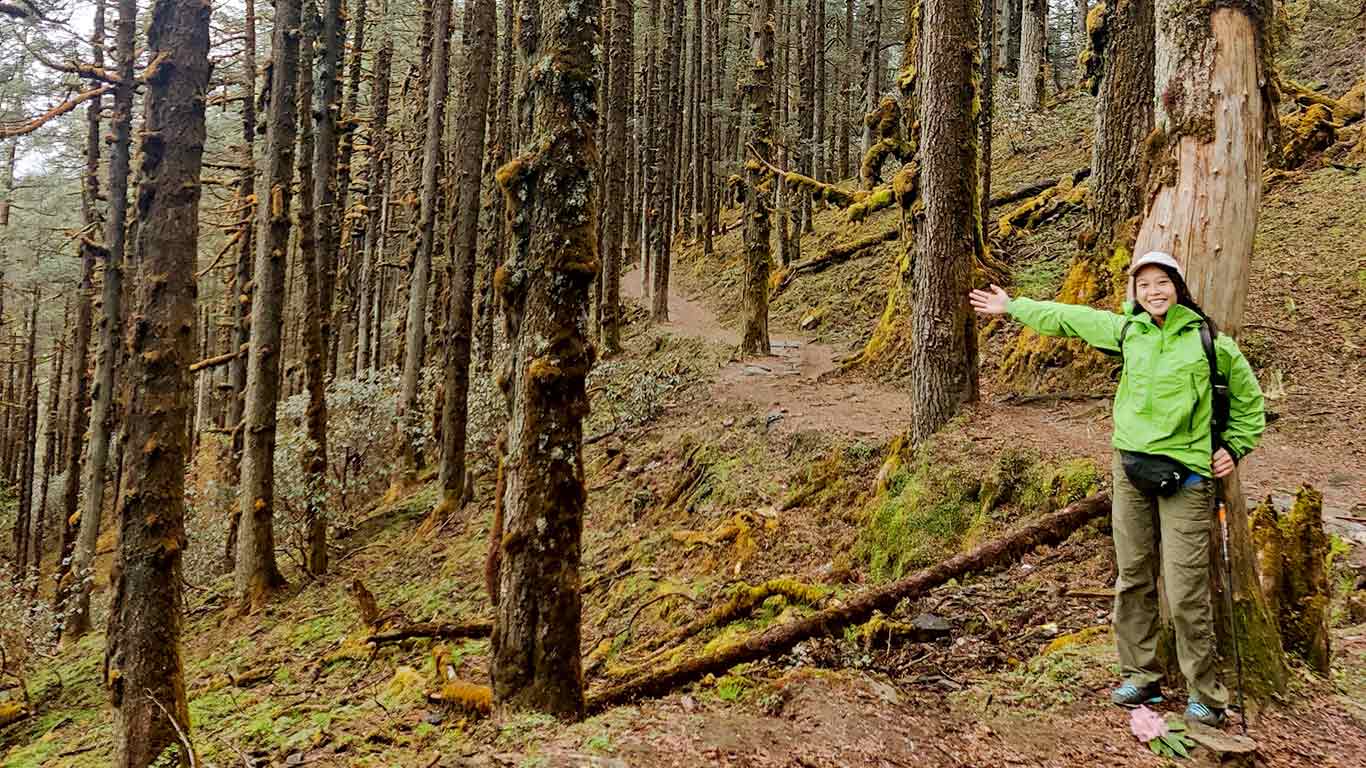 In this interview with Grantham Scholar Jocelyne Sze she explains the relationship between Indigenous lands and conservation. Plus we talk about the need for decolonisation and social justice within conservation and the sciences. And she explains her most recent research findings, which show that human activity isn’t always bad for biodiversity.

Your research looks at conservation and Indigenous lands – how are these linked?

Biodiversity conservation as a field tries to protect the biological richness of the earth. And one of the main ways in which conservation is enacted is through protected areas. So state governments legislate to put aside a bit of land or sea that will not not be developed.

Examples of protected areas include Yellowstone in the US. Or in the UK there’s the Peak District. Though the funny thing with the UK is that industry is often still allowed in national parks. Whereas in the tropics protected areas are usually strict and human activities aren’t permitted.

For example, in Nepal where I am at the moment there is Chitwan National Park which is seen as successful. It was part of a big project to conserve greater one-horned rhinoceros and other charismatic megafauna.

But all of this comes at the expense of the human communities that used to live in the forest.

Why are Indigenous and local people moved off their lands for conservation?

There is this perception that conservation has to keep areas free from human influence, because human activity degrades nature.

But this way of seeing nature stems from Eurocentric, colonial ways of thinking.

We’re increasingly aware that some human activities are actually beneficial for conservation or for the flourishing of biodiversity and life in general. Because there are many Indigenous or local community practices that promote biodiversity.

For example by clearing out small patches in forests to allow more light in, allowing certain other species to grow.

Or by using certain food species, like eating fruits, people have spread the seeds of these plants over a larger area than, say, the tree would have been able to.

So what I’m hoping to do with my project is to make conservation policy more fair, such that the conservation of areas doesn’t have to be at the expense of Indigenous or local peoples.

For my 1st publication I used 2 big data sources.

One was a global map collated from peer reviewed literature of lands and areas that were traditionally owned, managed or used by Indigenous Peoples. Secondly, I used a database of protected areas managed by the UN Environment Programme World Conservation Monitoring Centre.

I looked at whether deforestation or degradation rates are worse or better in Indigenous Peoples’ lands or protected or non-protected areas.

What did you find?

We found that less deforestation occurs on Indigenous lands than in non-protected areas across the tropics.

And with the exception of the Americas – where recent government policies likely encouraged the encroachment of extractive industries into Indigenous lands – Indigenous lands had similar or even lower rates of deforestation than protected areas.

So moving people off their land can be bad for conservation?

The framing for my work starts from the point that humans have had impacts on the earth for a very long time.

It’s about trying to break down the myth of the pristine wilderness. Because the idea of pristine wilderness erases Indigenous Peoples from the landscape that they have managed for however long they’ve been on the land. And it disenfranchises them when they try to fight for their political rights.

A good example of this are the Aboriginal Australians who managed their landscape with fire. When the first Europeans landed they saw this amazing Eden and wilderness – but it was all created by human societies that had lived there a long time.

In my writings, I try to reiterate this point: these people have been there and they’ve been affecting the landscape. In fact they’ve been protecting it and managing it. So we should conserve it by protecting their rights and not give their land to mining companies or plantation companies.

Should conservation always be homegrown?

There is a lot of homegrown conservation. Conservation is not a monolithic entity, there are lots of different people, politics and views about what it is and how it should be done.

And there are a lot of people from across the global north who push for Indigenous-led conservation or ground-up conservation. It’s not so gloomy.

You mentioned the role of colonial ways of thinking in conservation – can you explain a bit more?

I’ve learned that this way of seeing nature stems from European Enlightenment, Cartesian ways of thinking, in which humans are separate from nature. It was a way of thinking imposed across the Americas, Australia, and many other places through colonialism.

Colonisers saw nature as wilderness and the Indigenous peoples as savages. And this has carried through conservation thinking.

All around the tropics now we have many protected areas where local communities are moved outside of the protected area and dispossessed of their land. Or they are permitted to live there but are not permitted to gather things like medicine, wild honey or timber etc.

So decolonisation work is central to your research?

My interest in the decolonising movement stems from working at this intersection of people’s Indigenous lands and conservation. I saw that I had a lot to learn to be comfortable using it and explaining it in my research.

What are the wider links between colonialism and sustainability?

Colonising Europeans who went to other lands had the view that local communities did not know how to make the land productive. So they claimed the land and turned it into plantations for profit, for example.

But now that the planetary crisis is apparent, we are losing lots of wildlife and climate change and other industrial-scale human impacts are visible, the importance of conservation has come to the fore and many former colonising countries are realising they messed up.

But often they again have the assumption they know what’s best for nature in these other lands. They can’t let go and let local communities do what they want.

And why is decolonising work in the sciences so vital?

My UG and Masters were in biology and ecology. I learnt more about population modelling of animal species than the human side of landscapes.

I was not taught about social sciences and there are a lot of implicit assumptions. Like the idea that all kinds of human activity are bad for nature. That’s never explicitly said in biology or conservation but is lurking there as a background assumption without being questioned.

You’ve helped to change this here at the University of Sheffield?

At the School of Biosciences I participated in discussions about module design and contributed to content for a new history of science module.

Now year one students will be introduced to the basic definitions of epistemology and different ways of seeing the world. And they’ll learn that to see science as the only way to arrive at a universal truth is flawed.

What will your future work look at?

My future chapters will be trying to provide evidence for policy makers to be able to say yes we can support Indigenous rights as a kind of a conservation measure.

However, the danger here lies in potentially imposing our visions on Indigenous peoples. For instance, there are Indigenous communities that want economic development.

If conservation imposes what Indigenous communities should be doing, then we end up in a similar situation to colonialism where we’re telling people what lives they should lead.

For example, later this year the UN’s Convention for Biological Diversity will convene to set the next 10 year target for biodiversity action.

But what does protecting 30% of earth mean? It could mean setting more strict protected areas, or it could mean recognising that Indigenous Peoples and local communities are already protecting land from industry.

There’s a difference between harmful industrial activities and human activities which are natural and have been occurring across human history.

Interview by Claire Moran. All images by Jocelyne Sze. The main image shows Jocelyne in a mixed pine-rhododendron forest in Langtang National Park.