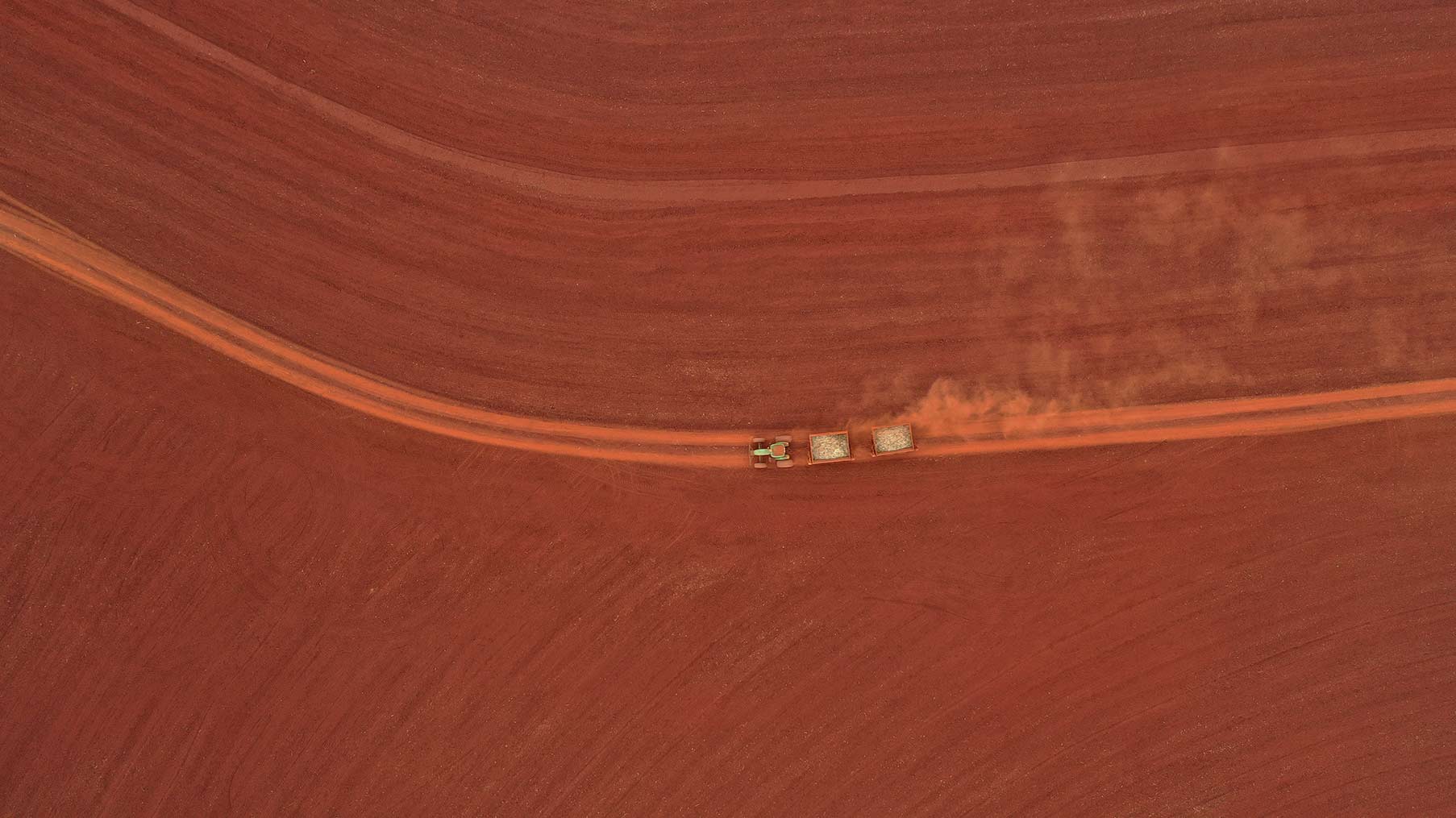 Combining lessons from agricultural history with biotechnological insights could reverse soil loss, according to our experts.

Speaking at Chatham House on the eve of COP21 Duncan Cameron and our associate director Colin Osborne explained that time is running out to make changes to reverse soil loss.

However, failure to act quickly could trigger food shortages around the world. Further, this would have knock on effects for migration, political and social instability, and conflict.

Duncan explained the current situation for agriculture. “The current system consumes 5% of the world’s natural gas and 2% of its energy. This is not sustainable. And yields from a number of key crops have been flatlining for the last 15 years. The model doesn’t work.”

Importantly, their research shows the degraded status of the world’s soil is largely responsible for this yield plateau.

“Soil is lost rapidly but replaced over millennia. This represents one of the greatest global threats for agriculture.”

Cameron and Osborne discovered that elite modern crops have lost their natural partnerships with microbes. These partnerships are vital, because they work to extract complex nutrients from the soil and build up their defences against natural enemies.

“Soil is becoming a hydroponic system: a physical substrate to support plants, but providing little else. Deep ploughing has caused a decline of soil organic carbon. This has adverse effects for water-holding abilities. It also affects the natural supply of nutrients, and causes a loss of structure that allows rapid soil erosion,” says Professor Osborne.

How to reverse soil loss

But Colin says all is not lost.

“Our 19th century farming forebears had little access to artificial fertilisers. Consequently they had to manage the soil well. The combined application of manures and crop rotation recharged soil carbon and nutrients. Further, it rebuilt the soil’s physical structure.”

While this method is still practised on organic farms, the yields are too low to be able to sustain a growing global population. “But a combination of the lessons of history with the benefits of modern technology could provide a sustainable model of intensive agriculture,” Cameron and Osborne argue. Rotation of annual and cover crops, plus the application of manure, will restore the vitality of the soil.

Biotechnology could wean crops off the addictive chemical cocktails they have become dependent upon. And, in a Back to the Future scenario, we could even recycle sewage in industrial scale biorefineries to create a modern example of a sustainable, circular economy.

“A sustainable soil-centric reengineering of the agricultural system then leads to lower requirements for fertiliser inputs and pesticide application, as well as reduced irrigation, thus safeguarding finite natural resources,” the two researchers told the gathering of policy makers and fellow researchers.

However, the biggest hurdle to adopting this approach is not technical or scientific. Instead it is the political, economic and social obstacles. Duncan and Colin explain. “To facilitate such a wholesale redesign of the agricultural system, we need to assess the potential scientific, economic, cultural and political impediments to this happening. And we need to resolve the potential benefits of this redesign for sustainability.

In doing so, we could create a soil fit for future generations, reducing our dependence on energy-intensive and non-renewable inorganic fertiliser supplies as well reducing pollution in watercourses as a result of fertiliser run-off.”

Read our briefing on soil loss

You can find out more about this new model to reverse soil loss in our briefing note: A sustainable model for intensive agriculture.

Grantham Centre researchers come from across disciplines at the University of Sheffield to work on soil. As a result we have a range of experts from science to social science researching soil. Find out more Soil research at the Grantham Centre.

Edited by Claire Moran. Photo by sergio souza from Pexels.