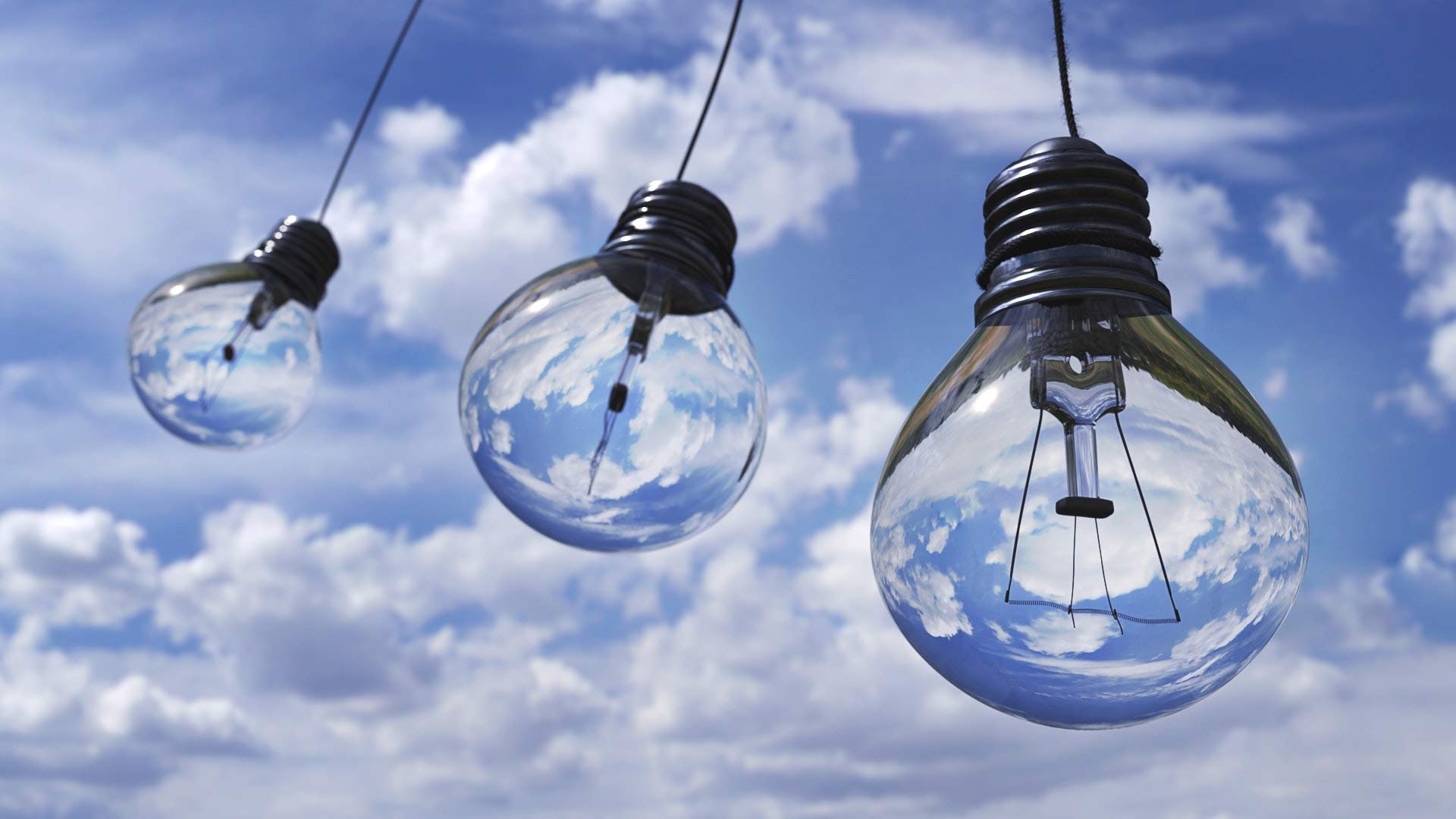 For Journal Club physicist Dr Jenny Clark asked the Grantham Scholars to consider whether photovoltaics systems (such as silicone-based solar panels) or photosynthesis are best for capturing solar energy. Here, Grantham Scholar Oleksandra Korychenska explains the issues around these 2 systems.

Sunlight is one of the most sustainable sources of energy available to the Earth. Thus, capturing and storing this energy are important problems in creating a sustainable future.

There is debate about the efficiencies of different ways of capturing light, such as artificial photovoltaic (PV) systems (e.g. silicone-based solar panels) and natural photosynthesis (as done by plants, algae etc).

In Comparing photosynthetic and photovoltaic efficiencies and recognizing the potential for improvement the authors compare these 2 systems. They determine which one is more efficient. And they also explain the theoretical limitations of each and suggest several opportunities for improving efficiency.

Comparing PV and photosynthetic systems is difficult because they have drastically different mechanisms and produce different products.

In order to make analysis feasible, photosynthetic systems were compared with photovoltaic-driven electrolysis of water. This second process splits water into oxygen and hydrogen, which can then be stored and used as chemical fuel.

Before reading this paper most Grantham Scholars believed that photosynthetic systems were more efficient. That seems a reasonable assumption, since plants’ ability to efficiently capture and use energy for all their needs has evolved over millions of years. However, the conclusion of the paper is not that simple.

The efficiency of photosynthetic organisms in terms of the conversion of absorbed photons (an elementary particle of light) into initial chemical energy (chemical fuel) is indeed close to 100%. However, to compare it with PV systems we need to consider energy efficiency in more general terms.

In the case of photosynthesis, this means dividing the energy content of the biomass that can be harvested annually by the amount of energy it receives from the sun. Calculated in this way, the efficiency of photosynthesis is only around 1%. Even when taking into account the life cycle of plants in their most efficient growing season, their efficiency can only reach up to 7% (depending on the plants).

Estimating the efficiency of PV-driven electrolysis

To estimate the efficiency of such a complex process as water splitting by PV-driven electrolysis, a number of factors have to be taken into account.

To begin with, all the changes in efficiency of PVs during each day and through the year. Plus general photovoltaic device efficiency (i.e. a device’s ability to transform light into current). And electrolyser efficiency (i.e. its ability to transform current into chemical bonds). As well as any mismatch between the photovoltage generated by the solar cell and the voltage needed for electrolysis.

Summarising all of these factors, the overall efficiency of the process was said to be 10-11%.

Why low efficiencies for photovoltaics and photosynthesis?

In trying to understand such low efficiencies, the authors introduced the theoretical limits of photovoltaic and photosynthetic systems.

Both systems have fundamental problems. First of all, photosynthetic systems can only absorb light from the visible region of the solar spectrum. This means that only half of the available solar energy can actually be used. Whereas, silicone based photovoltaics have a broader absorption range (from the ultraviolet to near infrared).

A second problem with photosynthetic systems is the decreased concentration of CO2 near the plant, due to fast consumption and slow diffusion rate of the gas. Overall efficiency is reduced by this limited supply of starting material.

Turning to photovoltaics, a major problem is that not all the light captured can be used. When the absorbed energy is higher or lower than a level known as the ‘band gap’ of a silicone device, part (or all) of this energy is dissipated as a heat.

How to choose which is best for sustainability: photovoltaics or photosynthesis?

In order to increase the productivity of both photovoltaic and photosynthetic systems we need to overcome these difficulties. First of all, however, we need a deep understanding of these problems.

According to the paper, at the moment efficiency is higher in artificial silicone-based photovoltaic systems. However, technology with the highest efficiency may not be the best choice for a sustainable future.

When choosing sustainable technologies, we need to consider a range of factors. Examples include the total cost of the system and waste disposal. We also need to factor in storage, risks from manufacturing and impact on climate change.

Overall, we need a mix of sustainable technologies, based on artificial and natural systems.