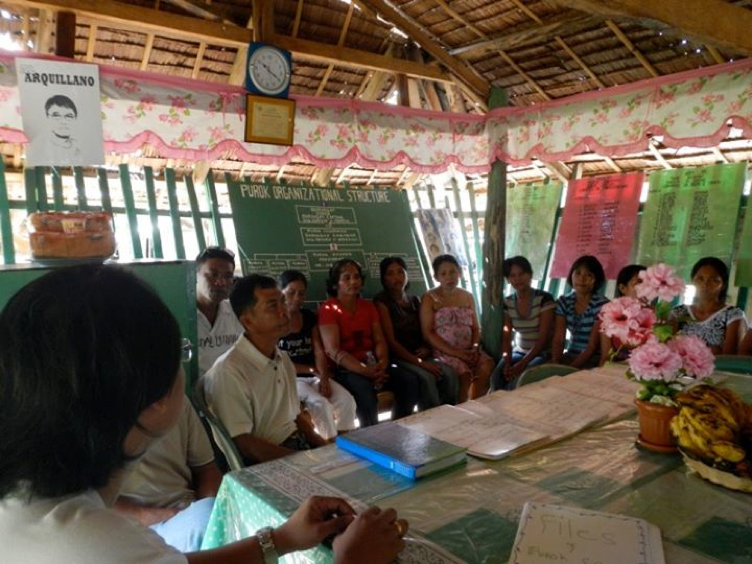 Grantham Scholar Monica Ortiz on the interplay between gender, climate change and food security. Women are vital to food production around the world, are often the most impacted by climate change, but are also more likely to be left out of decision making.

What has gender got to do with climate change?

I asked myself this as I walked to event with the same named hosted by Sheffield Feminist Network. Jenny Patient and Heather Hunt from the Sheffield Campaign against Climate Change and the Sheffield Climate Alliance led discussions. They also shared opportunities to become engaged in local campaigns for climate justice and gender equality.

We started the evening talking about ‘the elephants in the room’.

The second elephant in the room as the issue of feminism. How close did I feel to this issue?

I took an honest step back, and admitted that I need to learn to get out of my comfort zone of science and engage more in gender equality and social equity issues.

As a physical scientist, I tend to think of problems in a methodological manner. You collect observations, formulate a hypothesis, run some experiments or models, collect the data and write-up whatever results we find. Done.

Climate change is no such problem and it would be a great mistake to think of it only in that way.

Climate change, and for that matter food security, is a wicked problem. As I learned that evening through our discussions and the speakers, climate change is a problem that involves power, political will, voice – and yes, definitely gender.

What has gender got to do with climate change?

In a report by the United Nations Inter-Agency on Women and Gender Equality, women are regarded as being more vulnerable to the effects of climate change compared to men.

Most of the world’s poor are women. In many places around the world, there is high inequality in women’s rights and access to education, health care, and resources. These present enormous social, economic and political barriers. Barriers that can limit women’s capacity to deal with climate change, which is already felt in cyclones, floods and droughts.

According to UN statistics, 45-80% of food in developing countries is produced by women. In many African countries, this may be more than 90%.

As climate change impacts food production, the supply of traditional food sources may become more unpredictable and scarce. And related increases in food prices may make food more inaccessible to the poor. The health of women and girls has been found to decline more than male health in times of food shortages.

Even in developed countries like the UK, the responsibility of buying food, cooking and preparing meals still rests with women, a sentiment echoed at the recent Fabian Commission on Food and Poverty hearing. One participant at the event explained how this impacted her. “Even the choice between what food to buy is difficult, when you care about climate change but are faced with limited resources. Should I buy organic? Something with less air miles?”

The UN also reports that unequal access to resources, gender discrimination and limited mobility significantly limit women’s participation in decision-making processes. As a result, women are often excluded from decision-making that governs land and resources critical to their livelihoods.

Though discussed, many advocacy groups felt that gender issues were severely lacking from final outcomes at RIO+20 in Brazil. Speaker Heather Hunt, who went to RIO+20, spoke about this during the event.

Gender has everything to do with climate change

Change is needed when dealing with climate change. Firstly, gender should be a non-negotiable part of discussions about food security, climate change adaptation and sustainability.

Secondly, strategies to address climate change should be gender-sensitive. And they should address the rights of women with regard to non-discriminatory access to resources.

Perhaps most of all, we need equitable participation in decision-making processes.

However, while women may be more vulnerable to climate change, seeing them as victims would be severely underestimating their strength and capacity as actors and agents of change. Women possess a strong body of knowledge and expertise. These should be used in climate change mitigation, disaster reduction and adaptation strategies.

After this event, I thought about about my own work. I have a responsibility to produce relevant results in light of food security. But I also need to look at the bigger picture: climate justice, inequality and the fight for social justice.