This semester, the Grantham Scholars are taking over from their projects supervisors in running Journal Club. First to introduce her colleagues to a paper from her own area of research was Fiona Graham who, below, reflects on the Scolars’ discussion about the relationship between a healthy diet and a sustainable one. 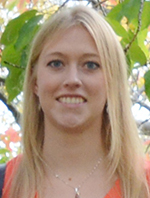 The article I chose for this week’s discussion was  ‘Global diets link environmental sustainability and human health’ by Tilman and Clark published in Nature in 2014. This paper draws together empirical data about the impact the global dietary transition (in which consumers adopt diets that are high in processed foods, meat and animal products) is having on human health and the environment. The paper compares the environmental impacts of food types in terms of their greenhouse gas emissions (GHGE). It also compiles data to compare the differences in health indicators for range of alternative diets: a Mediterranean diet, a pescetarian diet and a vegetarian diet.

I chose this paper as it discusses the environmental impact of food production (an issue related to all our research projects) and it introduced the other Scholars to another food sustainability issue more closely related to my project on sustainable diets for health. I hoped this paper would place my project in the context of the global problem, and provide the other Scholars with an insight into some of the approaches used in my field along with their limitations.

The reaction to the paper was positive and most Scholars found it accessible and relevant to their research. Though they were aware that ruminant meat production produces the most greenhouse gas emissions, the Scholars were surprised by how high the carbon emissions were for fish – specifically the differences in GHGE between different fishing practices.

Scholars noted that the paper only focused on the GHGE of food production and did not examine other environmental impacts such as water use and land degradation. The reasons why carbon emissions were the focus of the paper were debated: we discussed that this was probably the most straightforward impact to measure, though other impacts should not be neglected. This led to a broader discussion around the concept of sustainability, in particular the concept of a ‘sustainable diet’. It was acknowledged that when defining sustainable food/diets it is important to consider not only how sustainable they are in terms of their environmental impact and but also to bear in mind the social and economic impacts they have in terms of health, culture and identity, jobs, trade and labour conditions etc. The practicalities of encompassing these different dimensions of sustainability is a huge challenge for those striving to achieve a sustainable food system.

The paper indicated that different dietary choices connect environmental sustainability and human health, and yet Scholars, like the authors of the paper, were undecided as to what diet should be advocated to maximise environmental sustainability and health. For example, Scholars noted that although a pescetarian diet may be healthier and have fewer carbon emissions than an omnivorous diet, if this diet were to be adopted by a larger proportion of the population this would have a detrimental impact on fish stocks.

How the environmental impact of food should be communicated to consumers was another point raised by the Scholars, and this led to a conversation around whether this message could be conveyed clearly due to the multiple environmental impacts associated with each item.  It was noted that multiple factors influence food choices and we subsequently discussed the extent to which labels indicating the level of environmental damage the product carries could influence dietary choices, in comparison to other factors such as taste and cost. Scholars reflected on the talks given at the recent Fabian Commission on Food and Poverty hearing, which considered how dietary change in the UK may be brought about.

Overall, the Grantham Scholars were in agreement that dietary change is needed when we consider the implications that current dietary trends are having on health and the environment. However, it is not clear what this change might look like. The Tilman and Clark paper was careful not to advocate one diet over another, and instead sparked the debate around alternative diets and whether they posed plausible solutions to the diet-health-environment problem. Our discussion highlighted the complexity of this global challenge, and the multiple interactions within the food system that shape our society and our planet.