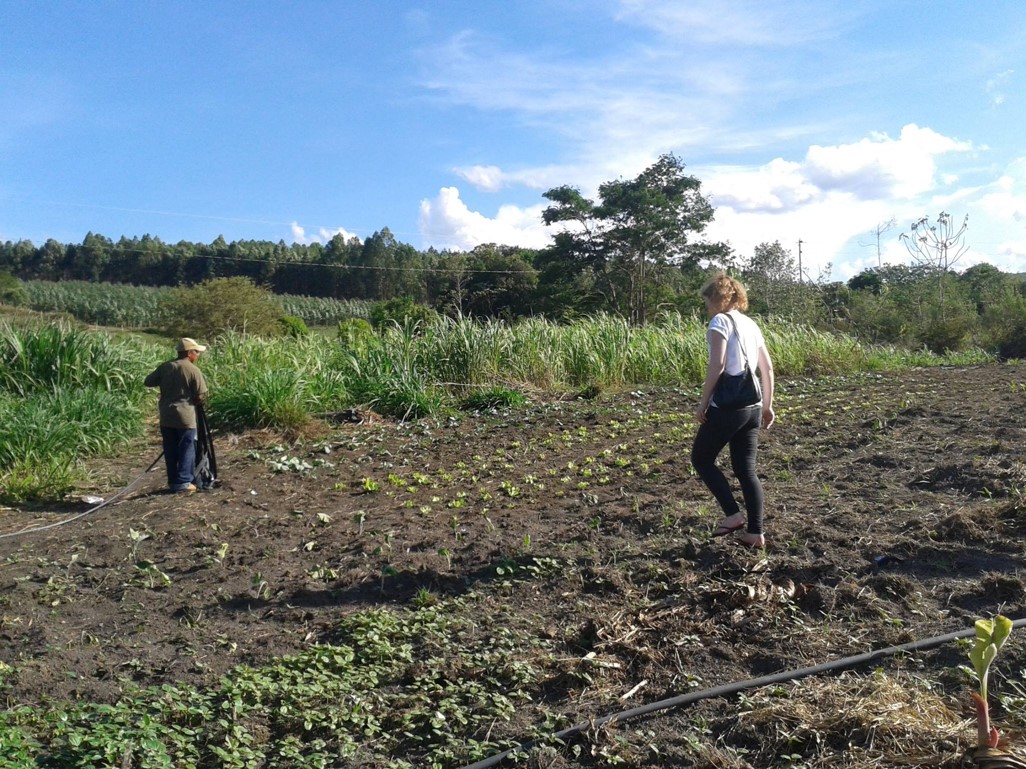 For Journal Club Grantham Scholar Cecilie Dyngeland led a discussion on a paper about global food production and nutrition.

The paper I chose for Journal Club was Measuring nutritional diversity of national food supplies published in the journal of Global Food Security in 2014.

I felt this article was a nice continuation of previous discussions we have had on sustainable diets, global agricultural production and farming practices.

It also showed an example of a type of analysis which I will use in my research on food security in Brazil. My hope was that we would find aspects of the paper relevant to all of our research. And perhaps also shed light on the complexities of food security.

Our discussion was interesting and drew upon our own knowledge and examples which further enriched it.

From the paper, we gathered there is an important distinction to be made between production diversity and nutritional diversity. In West Africa, for instance, production diversity is high. Yet because a large amount of the food grown is staple crops like rice, maize and sorghum they score low in nutritious food supply.

We also found that income appears to play a large part in nutritional diversity.

Wealthier countries, regardless of domestic production, can just import the food they need. Whereas poorer countries can lack that ability and so have to rely more on their national production.

Additionally, globalisation and international trade affect which products are most profitable to produce for a country, regardless of their nutritious value.

The paper also brought up the issue of food reliance.

We considered a future world where trade is made more difficult. Will wealthier countries who are overly dependent on importing nutritious food from elsewhere suffer most if trade becomes restricted?

Likewise, we discussed the current global food system. There are examples from around the world where the reduction in biodiversity in crops has caused negative outcomes in yields. As a result, this threatens the ability of future agricultural production and the supply of nutritious food.

Limitations of the article on global food production and nutrition

Lastly, we acknowledged the gaps and limitations of the article.

Especially the fact that food production for household consumption and subsistence farming is not included. For the developing countries especially this production can make up a substantial part of daily diets, providing important nutrients.

Had this data been available perhaps it would paint a different picture of national food diversity.

All agreed that monitoring the nutritious value of the food produced is important. And there is a need to consider nutrition when decisions on food productions are made.

However, whether it will be emphasised as much as profit is in today’s system is doubtful.

Overall, we think trade will still be a main driver over which type of food is produced and consumed where.