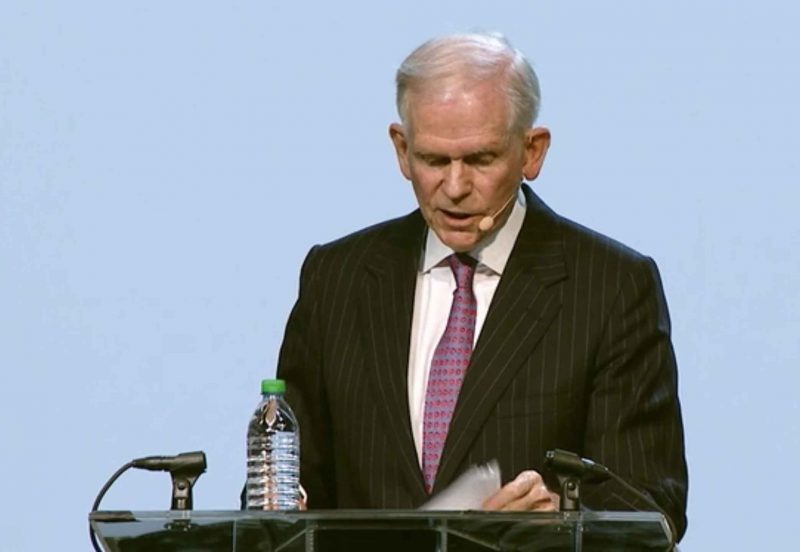 The Grantham Foundation for the Protection of the Environment was established in 1997 by Jeremy and Hannelore Grantham. As of 2019, it gives more than $30 million a year to 8 large non-profits and about 30 smaller ones.

Recipients of previous awards from the Granthams include us – the Grantham Centre for Sustainable Futures – at Grantham’s alma mater, the University of Sheffield.

You can find out more about what we do with the Grantham’s donation here.

Now, as reported by Bloomberg Businessweek, the Jeremy Grantham will give a further $1 billion for work on climate change. Read the full story: Jeremy Grantham to Invest $1 Billion in Climate Action.

The article reports that the 2000 U.S. election was a turning point for Grantham and his wife, Hannelore, who until then considered themselves “conventional” environmentalists. It was then that he started to question capitalism, and by 2011, he was protesting the Keystone XL pipeline outside the White House.

Jeremy is co-founder and Chairman of investment management firm GMO, LLC. Jeremy was elected a member of the American Academy of Arts and Sciences in 2015, was appointed Commander of the Order of the British Empire (CBE) in 2016, and received with Hannelore the Carnegie Medal for Philanthropy in 2017, all for leadership in climate change activities.

The Grantham Centre is a collaboration between the Grantham Foundation and The University of Sheffield. Jeremy and Hannelore Grantham established the Foundation in 1997. Find out more in about us.

The Existential Threats Of Climate Change. Watch video of Jeremy Grantham as he gives a passionate speech about the climate crisis.

“Scientists should say what they honestly believe instead of being so damn conservative.” Jeremy Grantham. Eco’ri features a piece about our funder Jeremy Grantham, including his opinions about climate change scientists and capitalism.