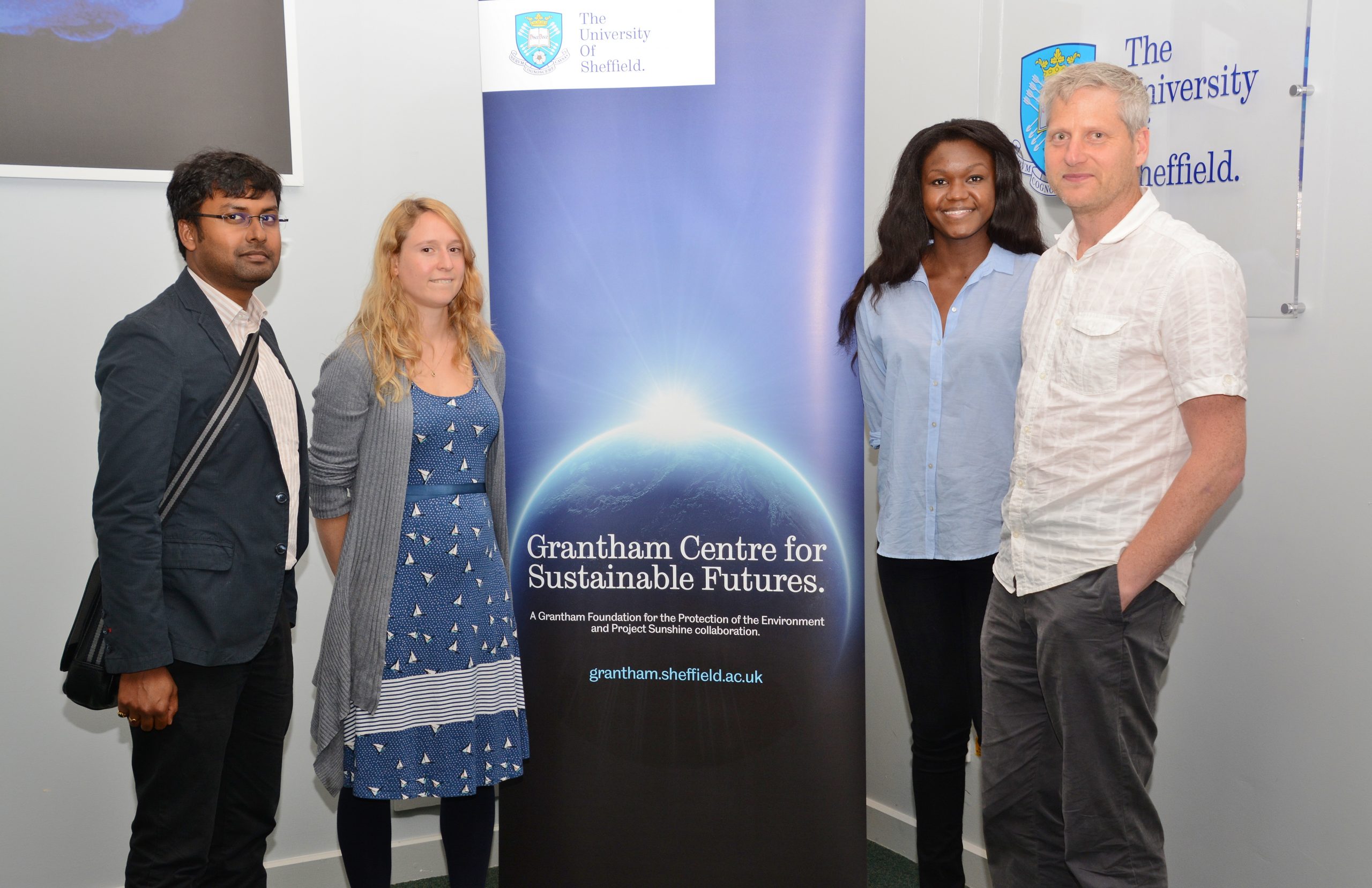 Team members from the Soil Association came to an event organised by Grantham Scholars to explain soil’s vital role in the global food system – and the risks we face as it continues to degrade.

Ben gave an overview of what makes healthy soil. And he described how soil is affected by agriculture and his work with farmers to preserve it.

Louise presented figures on global soil degradation. She also explained some of the problems that affect soil quality in the UK, such as flooding. She then talked about some of the campaigns the Soil Association is leading, including one about the impact of maize crops on British soil.

The talks were followed by a discussion, led by the event’s organisers Grantham Scholars Emanga Alobwede and Angesh Anupam.

Soil research at the Grantham Centre