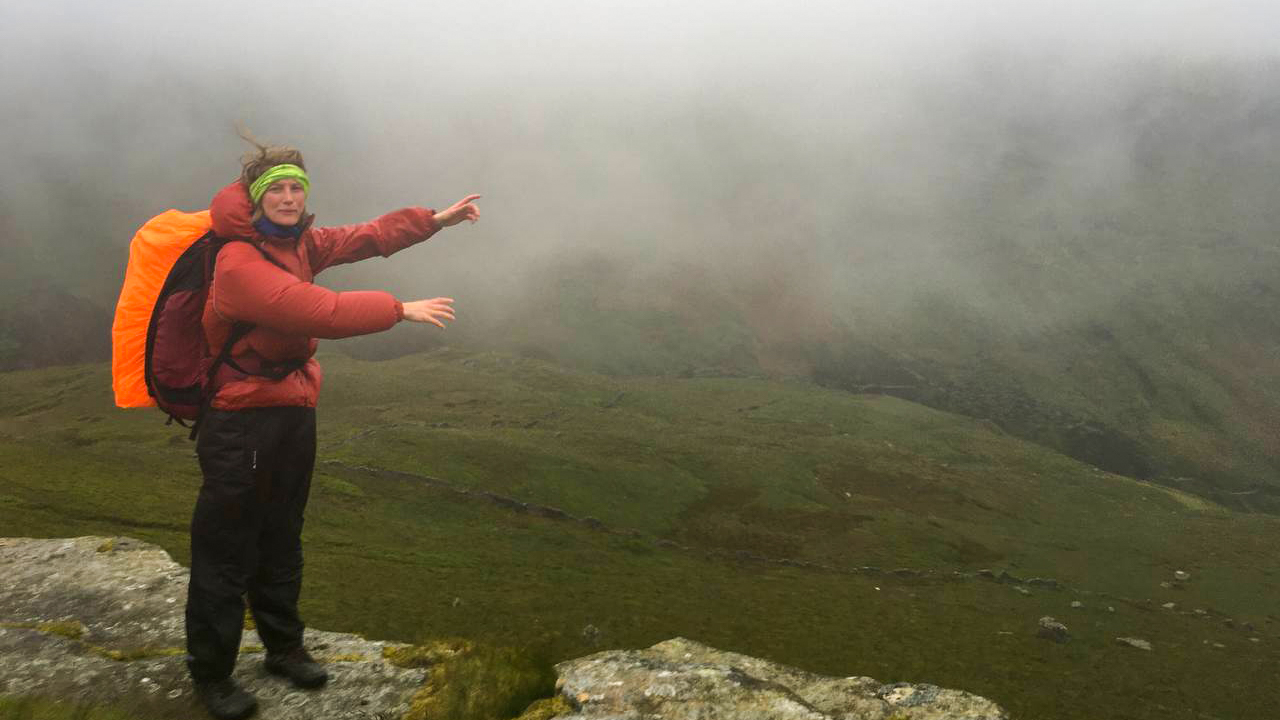 Simply put, atmospheric drying means there is less water in the air. And data shows our atmosphere is drying. Grantham Scholar Florentine Weber set out to find why this is happening and what it means for the world. In this interview she tells us what she discovered.

What is your research about?

For my PhD, I researched atmospheric drying and found out why relative humidity is decreasing on a global scale. Also, I looked at why world-leading climate models could not predict this drying and how forecasts could be improved.

Can you explain what atmospheric drying is?

We talk about atmospheric drying in terms of relative humidity. Relative humidity expresses the humidity saturation of the air. It determines how much moisture can still be absorbed before condensation occurs.

Let’s keep in mind that relative humidity is a combination of two parameters: temperature and moisture.

How rapidly is the atmosphere drying?

On a global scale, data shows relative humidity has been decreasing since 2000. It is about a 1%rh decrease per decade. This is the global average; there are big regional differences. For example, over eastern Brazil and the Caspian Sea, it is getting much drier than the global average.

Researchers did not expect this global decrease in relative humidity

They assumed that if temperatures rose, there would be more evaporation, and as a result, relative humidity would not change much.

But it is more complex.

Can you explain more about the water cycle?

Water can vertically travel: from the ocean, rivers or water bodies or from deep down as groundwater via the soil and plant up to the atmosphere and then fall as precipitation. It can also horizontally travel between different regions.

So changes on one side of the world can affect the other?

Yes. Interestingly, there were studies where researchers modelled what would happen if we cut down all tropical forests. They found effects called teleconnections far away from the tropics. For example, in Sweden, it would change precipitation patterns. So you can see the butterfly effect here; it is very interconnected.

Does atmospheric drying have a direct impact on people?

Absolutely. Our data is from 2 metres (6 ft) above the ground, so it concerns the surface of our Earth, the bit people live in. And in that 2-metre region, the atmosphere is getting dryer.

Air humidity has an influence on thermal sensation, thus, on our comfort and ultimately also on health. Importantly, it is not just humans that are affected; plants and animals are too. Everything we have been used to until now gets out of balance, so it becomes more extreme as the atmosphere dries.

Looking back at the last few years, we have had some of the hottest years on record and huge wildfires in Australia and California. Those are just recent impacts. We expect more of those impacts and stronger relative humidity changes.

The main reason for the atmosphere over land getting drier is the land-sea warming contrast – the fact that the land is warming faster than the ocean and that the ocean is the main water vapour supplier to the land. Insufficient water vapour is thus evaporated and transported from the oceans to keep relative humidity over land constant.

However, there are notable regional and seasonal differences in the trend – thus, there must be additional drivers!

What are the other drivers?

Whereas faster land-than-ocean warming plays a global role (as in global warming) and human water management plays a local role, we also have dynamical drivers. These play regional and sub-regional roles.

What are dynamical drivers?

Dynamical drivers are variables like precipitation, wind direction and speed, as well as pressure systems, and sea surface temperatures, which impact the latter 4 variables.

In some years, dynamical drivers lead to extremes in relative humidity, for example, droughts and extreme temperatures.

Can you give us an example?

Let’s take northeastern Brazil where the rainy season is determined by the Intertropical Convergence Zone (ITCZ). The ITCZ is a belt of warm temperatures around the equator, with high evaporation rates and, thus, clouds and rain.

If the location of warm temperature changes, it also changes where the ITCZ is and so where the rain belt is. In northeastern Brazil, a latitudinal shift of the ITCZ locally reduces precipitation and, thus, water availability for relative humidity. Additionally, this change also affects wind direction patterns.

And a wind direction change on different spatial scales leads to changes in relative humidity in other regions (e.g. Greenland, southern Africa, and eastern Canada).

The third cause is terrestrial drivers.

Also, CO2-vegetation interactions, land cover and land-use change, including irrigation, play a role. To enhance agriculture, you need a lot of water. So you use groundwater or water from a nearby water body like a river. As a result, you actively change the water cycle because now you store water differently from how nature would.

The drying of the atmosphere was not predicted in climate models, was it?

Climate models do brilliantly in temperature forecasts. But they were not able to predict the trend from 2000 in relative humidity.

Why didn’t the climate models predict the change?

Remarkably, the dynamical and terrestrial drivers on individual timescales and spatial scales are challenging for models to capture. Also, different drivers are interconnected.

What kind of data did you use?

We used more than 4000 observations data from weather stations worldwide to detect relative humidity and precipitation trends. We specifically picked regions where there had been a decrease or increase in relative humidity to get both sides of the change in the hydrological cycle.

Furthermore, we used satellite imagery to explore different types of evaporation and soil moisture, groundwater and vegetation. Remote sensing also told us about land cover, such as agricultural use, deforestation and changing soils. My project covers a lot of disciplines!

What can your findings on relative humidity be used for?

We showed the complex interactivity between variables in the system. Such as how temperature, precipitation and vegetation all reflect relative humidity and how changes in those variables might result in a change in relative humidity.

And this is important. Because to be able to prepare for – and prevent – the consequences of changes in relative humidity, we need to understand it. My work has contributed to that understanding.

Who should read your work?

My study’s findings will guide hydrologists, soil and plant scientists, atmospheric physicists, also policymakers. Getting adequate climate predictions to policymakers is important: Policymakers need to prepare for the impacts changes in relative humidity will create directly or indirectly.

What are some of the economic impacts of atmospheric drying?

One way to think about that is through an example, like droughts.

Drought creates a lack in agriculture and in the food chain, exports of goods abroad; drought makes people die of thirst and leave their home. Consequences like this can be seen from an economic perspective.

People listen if it is about economics.

What are you doing after the Grantham Centre?

In my PhD, I focussed on the hydrological cycle over the past 45 years.

Now, it is time to look at the future. I will start a fellowship at the European Centre for Medium-Range Weather Forecasts (ECMWF) to improve high-resolution simulations of the water cycle.

Do you have hope for the world in terms of climate change?

If you got involved in protecting our nature, that would be fantastic!

You can find Florentine’s thesis here.