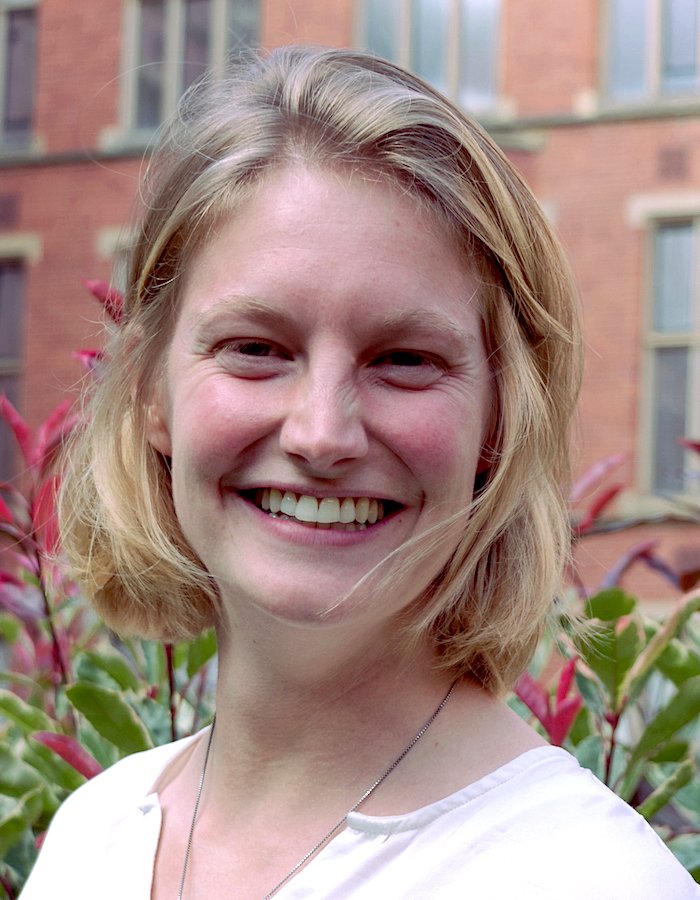 My project will be exploring 3 possible causes, or drivers, for declining near surface relative humidity over land:

♦ Land-based drivers (transpiration of plants and large-scale land cover changes, such as deforestation)

I am working with global monitoring products and earth observation data for land use, evapotranspiration and soil moisture. I will also be using computer simulations based on this data, and ecosystem studies. I hope to find out more about water, the fundamental element for life, and the representation of atmosphere-land exchange processes in climate models that predict the future.

This interdisciplinary research is carried out in collaboration with the Climate Monitoring and Attribution Group of the Met Office.

Along with other Grantham Scholars, Florentine featured in a series of films made by Curious Earth on Instagram. The films showcased 20 female scientists and asked them, ‘what advice would you give your younger self?’.

In December 2019 Florentine gave a gave a 90 second speech on sustainability alongside globalism and growth to House of Lords. Find out more here.

Along with another Grantham Scholar Florentine wrote a blog about her experiences at COP24. Read: A day at COP: what’s it like to be at the biggest climate conference in the world?

In May 2018 Florentine and other Scholars hosted an event for Chevening Scholars. Chevening: supporting the development of the world’s future decision makers.

Florentine gave a talk at the American Geophysical Union Fall Meeting 2019 in San Francisco – and also wrote a paper about her talk.

Why is the atmosphere becoming drier? – An investigation of the role of dynamical drivers on recent trends in relative humidity