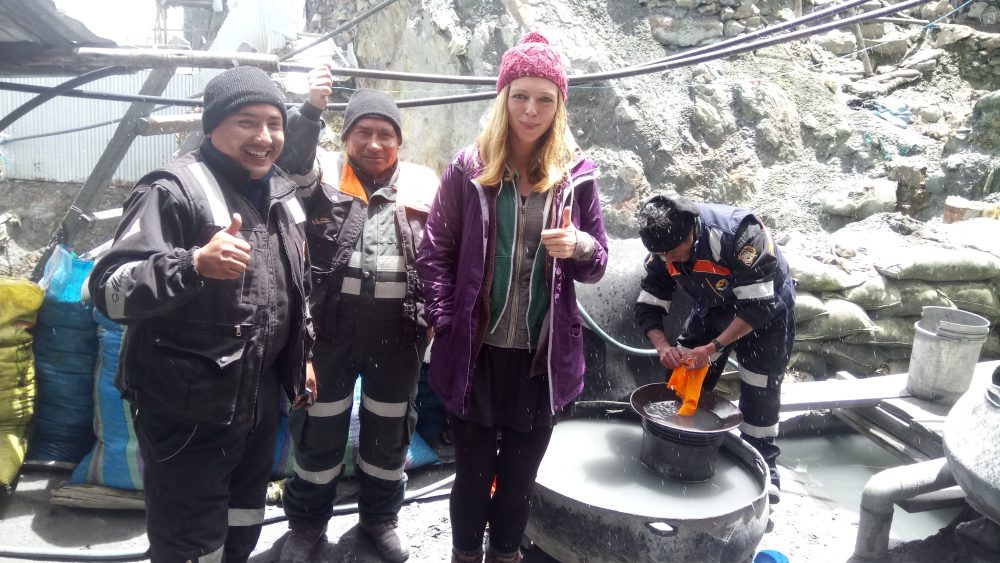 I have a friend who completed fascinating PhD research on urban violence in Bangladesh and how this relates to the power relationships and dependencies that the extreme poor develop as a means to survive.

Through a 12-month ethnographic study of a market place in Dhaka city, my friend was able to form friendships with the people in the market, including local gangs and mastans (Bangladeshi gangsters or mafia leaders). Through this he gained an in-depth understanding of how politics worked at the street level. By claiming the research was focused on a local school – which was partly true – my friend was able to build good rapport with the people who frequented the market.

The research was not without risk. Often rival gang members started fighting. And they often used the presence, or at least the threat of the presence, of my friend as a bargaining chip or as a means of controlling the behaviour of others.

Ultimately though, the ability to be in the market for a year provided some great insights. For example, into how the mastans operate. As a result my friend was able to produce an extremely insightful thesis.

Men and women can’t do the same fieldwork

For anyone with even a basic understanding of the Bangladeshi context, it will probably come as no surprise that my friend is male. Due to the strong patriarchal society, women in Bangladesh are not regularly seen out unaccompanied, even in the daytime.

A female researcher in a Bangladeshi market place at night would attract too much unwanted attention, runs the risk of being associated with prostitution and sex work and may be the victim of crime, harassment or assault. It would most certainly not be possible to build any sort of rapport with mastans or local male youth groups, even if she had fluent Bangla language skills and wore the appropriate clothes. The situation would be inherently dangerous and it would be impossible to overcome existing cultural barriers to the extent that she could build the familiarity and dialogue needed for ethnography.

Perhaps this is an extreme example. I suspect that many men would feel uncomfortable in this context. Afterall, being in the market carries some level of risk for anyone. However, in the short time I have been doing a PhD, I have encountered numerous other examples where gender barriers exist for female researchers.

For example, I met a male PhD researcher at a conference. He was doing his research on extractive-industries in East Africa. He explained that to build rapport with the men working for the oil companies, he had accompanied them to bars. In the bars they drank beer and watched football.

I wondered at the time about the feasibility of a female researcher being able to take this approach. In the context of East Africa, in a male-dominated industry such as extractives, it would be more difficult for female researchers to build rapport with men. Further, they will be much more likely to be subjected to sexual harassment.

My fieldwork: mining towns in Peru

My own research is looking at the social impacts of the migration associated with the illegal mining industry in Peru. Many male researchers have done fieldwork in and around mines. For example, I recently read one by an American researcher. He spent 18 months working on alluvial mining in Colombia.

The easiest way for me to learn more about the mining settlement community would have been to do similar fieldwork. Rather than working in the mining areas, it is more culturally appropriate for  women to work in a bar. But again, the links with prostitution would not make this the most sensible idea. So this would not be something I could get my department (or, indeed, my parents or boyfriend) to get on board with.

Of course, there are a topics where female researchers are better able to get access to the field than men. A prime example is gender-based violence. It is considered inappropriate for men to interrogate women about such experiences, although this may not necessarily stop them.

One could argue that it is difficult for men in patriarchal societies to interview women on any topic. But my experience in Bangladesh showed me that staff at NGOs and research institutes are overwhelmingly male. There seems to be some acceptance that women and men can interact in that capacity.

In social research, research questions are often approached through a gender lens. So all types of gender imbalances, in societies across the globe, are scrutinised by both male and female academics.

However, the world is unequal. The same issues which we investigate and analyse in gender research also dictate the acceptability – and even the capability – of either male or female researchers to conduct other research that does not necessarily have a gender focus.

We can strive for equality in the work place and within academia. However, achieving equality in terms of the types of social research that is feasible for male and female researchers to carry out is far more difficult.