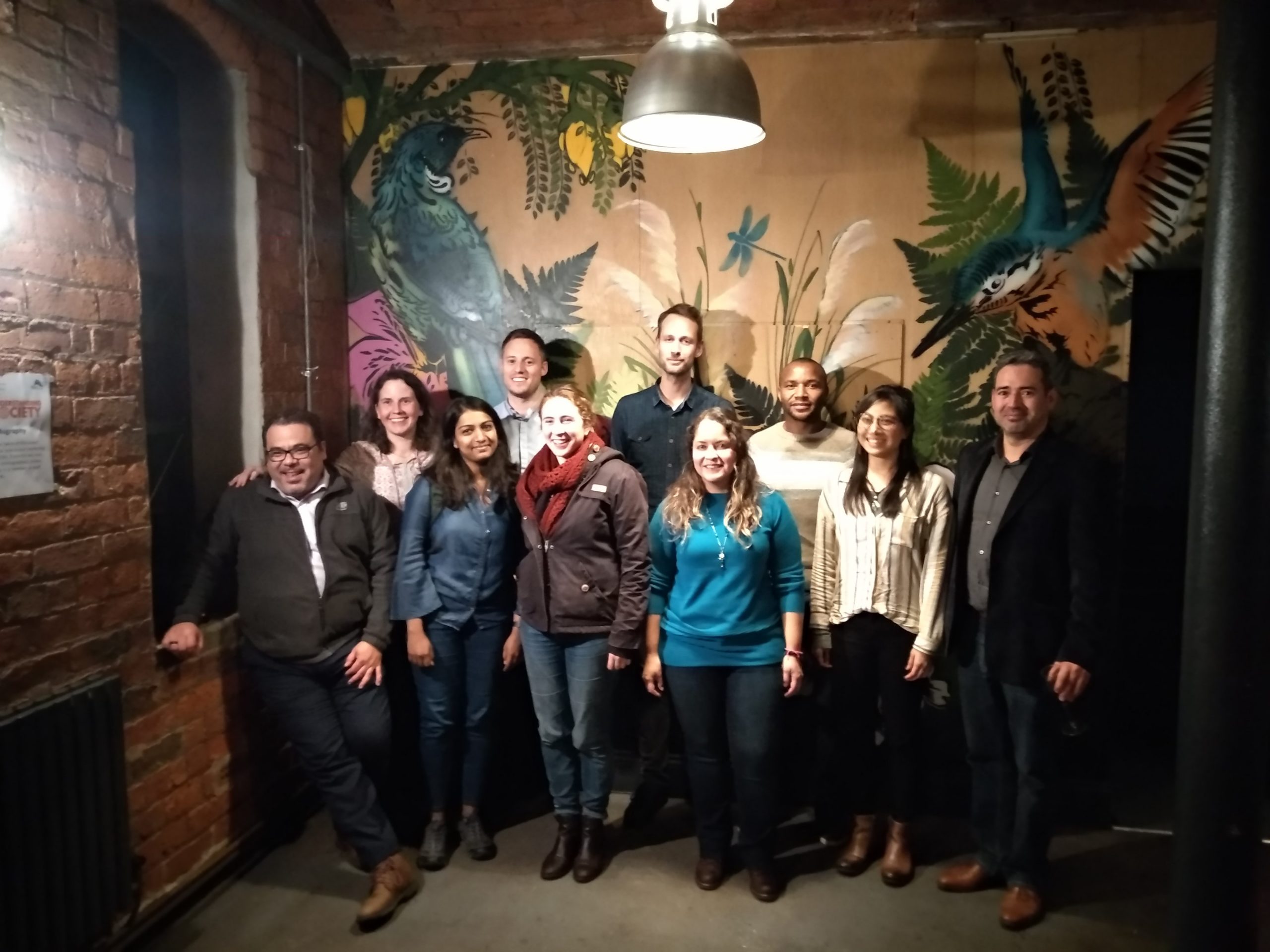 Grantham Scholar Suma Mani explains how working with a professional storyteller helped her tell tales from the Global South at the Festival of Social Sciences in Sheffield.

On a rainy Thursday evening, a few researchers from the University of Sheffield gathered at a local pub in Sheffield to talk about their work. But rather than giving academic presentations of their research, they told stories instead. This was Tales from the Global South.

Tales from the Global South, led by Prof Frances Cleaver from the Department of Geography, was an event at the Festival of Social Sciences in Sheffield. Here international development researchers got a chance to tell captivating stories about their fieldwork.

In order to be prepared to tell our tales, 12 of us worked with a professional storyteller, Tim Ralphs. With Tim’s guidance we crafted ten-minute stories from our work. The stories ranged from ecosystems to politics, but they were all set in the Global South.

How we shaped our stories

After spending 18 hours over 2 months crafting our stories, telling a ten-minute story was an enriching experience for me as a researcher. This feeling was echoed by many who took part. Initial coaching sessions focused on the basics of storytelling, such as how stories have arcs. And for the rest of the sessions we were asked to come up with ideas that would make an interesting story. Our resulting tales were all made including feedback from Tim and the team.

Tales from the Global South was not just about telling stories but about learning from each other. Everyone evolved as communicators. And we also got to network. To think how far we have come from doing a PhD to telling stories is rewarding. Outreach is so much fun when done the right way. Most importantly, the wonderful audience kept us high and the rain couldn’t dampen our spirits!

At Tales from the Global South I spoke about my fieldwork in South Africa. My story was about woody plant encroachment and its impacts on pastoral livelihoods. You can watch my talk below ↓

Three other Grantham Scholars told stories too, and here’s a summary of each of them.

Tavengwa told us how he became an engineer in irrigation water infrastructure instead of doing a degree in Food Science and Technology. He also have insights from his fieldwork. Tavengwa told us how different cultures look for water. In Morocco and Algeria, people make use of pendulum clocks and olive branches for prospecting, whereas in England water companies use copper wires. Reflecting on his journey, Tavengwa is glad he chose engineering because he believes ‘studying water is studying life’.

Rob’s story was about his fieldwork at the Niger delta. Rob told us how he was imprisoned by 4 plastic chairs at an airport as punishment for travelling with an expired visa. This story earned a lot of laughter from the audience! Growing up near a gas station in Sheffield, Rob told us how his views about fuel changed after his fieldwork.

Jonas‘s tale was full of insight into gender, markets and livelihoods in Tanzania. Growing global demand for quality avocados have impacted livelihoods, especially of women. Consumption of avocados was once restricted to women, while men preferred beer and roasted meat. Avocados were initially a white man’s food which has now become ‘butter for the nation’.

Further, the gendered nature of avocados and demand for exporting ‘quality’ ones (based on size and colour) by local brokers have increased food waste, because large quantities get rejected.

One of the events organisers Prof Frances Cleaver also told a story. Hers was a story of rice, irrigation in Tanzania – and the use of fertilizers to ward off witches from fields. She also explained how rice is so fragrant that it’s used for ‘bedroom purposes’ – women stack up the rice bags to seduce their partners!

We also got a chance to listen to tales about other topics like how excited a researcher was after being successful in getting a visa to Indonesia for wildlife surveillance tourism in Mexico. And we heard stories about infrastructure in Colombia, transboundary relationships, chocolates (yum) and fair trade. There were tales about tourism in Uganda, and a researcher growing up as a blonde-haired blue-eyed kid in Zimbabwe and South Africa in the 80’s.

Want to know more about what our amazing Grantham Scholars get up to? Sign up to our newsletter here.