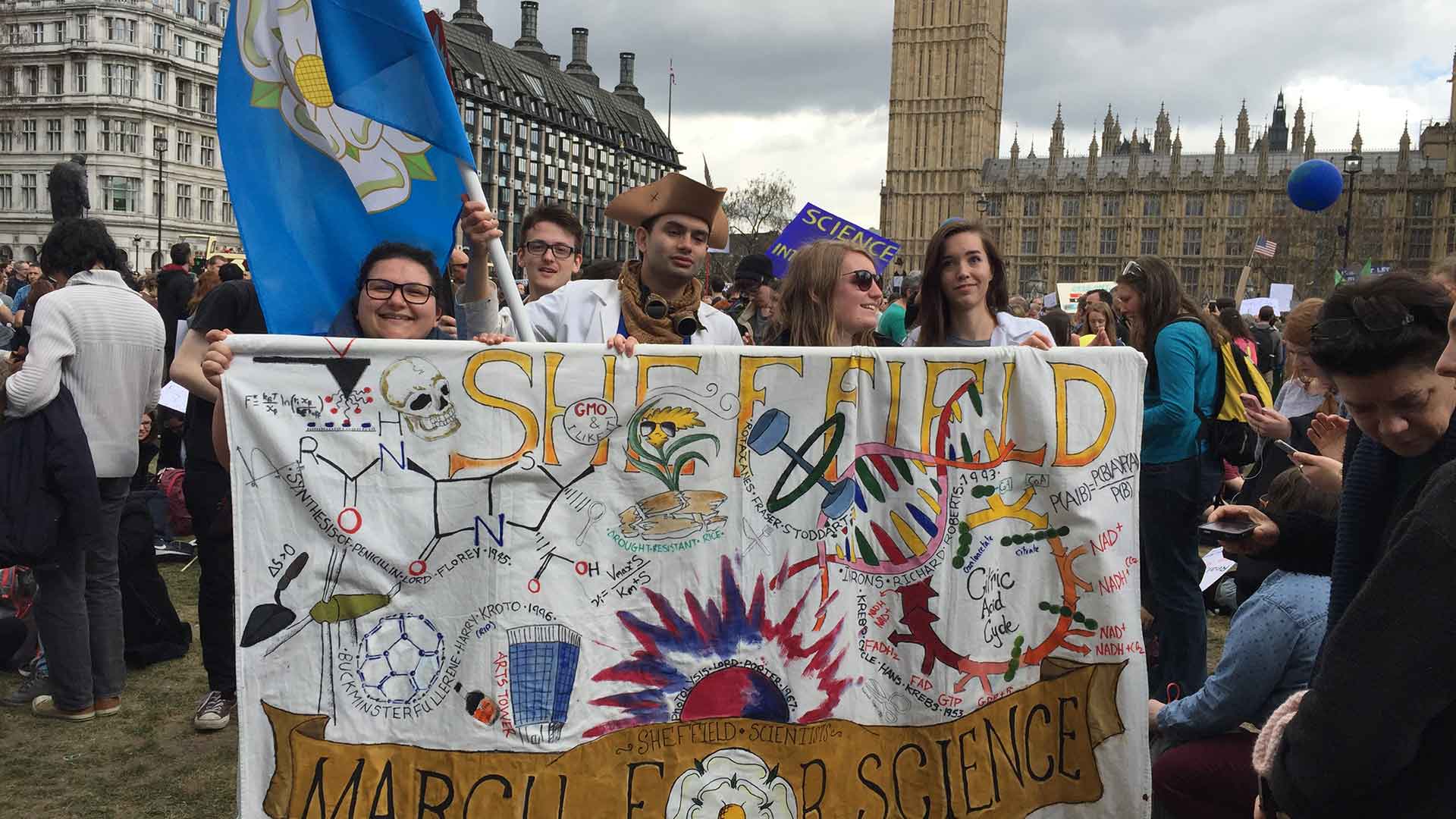 In 2017, Grantham Scholars and other University of Sheffield researchers joined the March For Science in London.

More than 12,000 protestors marched through London, as rallies worldwide called on politicians to enact evidence-based policies.

March For Science is a response to recent attacks on the scientific community. Over the last few years this community has come under pressure from politicians who question the role of experts. Even more worryingly, the rise of populist political movements threaten to restrict scientific freedom.

So all over the world people took the streets to show their support for everyone involved in science.

Sheffield researchers at the March For Science

One of these images was used by the paper at the top of its online gallery about protests around the UK.

Grantham Scholar Hannah Sewell’s sign on “alternative facts” was number 5 in Buzzfeed’s list of ‘Just 19 Perfectly British Signs From The March For Science‘.

Plus the same sign was included in a picture taken with Doctor Who actor Peter Capaldi, and published in Mail Online’s coverage of the march.

What do we want? Science! When? After peer review! #marchforscienceLDN pic.twitter.com/qzXRIn6o0D