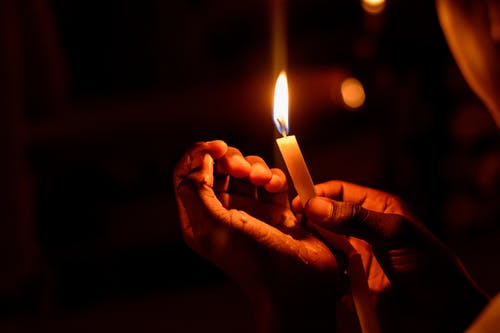 Grantham Scholar Manasi Mulay how candle soot can be used for everything from self-cleaning materials to cell phone batteries.

Damage caused to paintings in churches by candle soot has been observed for years. Little did anyone know that this soot would lead scientists to discover scientific wonders.

Carbon: emperor of the periodic table

In celebration of the international year of the the periodic table I’m going to talk about my favourite element – carbon.

Carbon is essential for all organic life on the earth. And it provides our primary source of energy in the form of fossil fuels. I see ‘carbon’ as an emperor of the periodic table because it is powerful and strong.

If an element has only one electron missing or remaining in its valence shell, it tends to form strong bonds with other elements easily, as it is quick to exchange 1 or 2 electrons with others. Such elements choose to take either the positive or negative side of the argument based on their electron donating or accepting nature.

However, carbon has 4 valence electrons.

Instead of giving or receiving the electrons, it demonstrates the concept of sharing and balancing. Its own kingdom of organic chemistry is established by networking carbon-carbon family and carbon with other friend elements. Carbon is a skilled team player, as it is useful for improving properties of materials. Carbon takes the beautiful form of diamond which is hard or comes to us as light and strong graphene.

If used well carbon is the best functional material ever; but incorrectly employed, it can be the worst pollutant.

The typical size of candle soot particles observed under electron microscope is 50 nanometres. Paintings being destroyed by soot from church candles has been observed for hundreds of years.

Candles are still employed as source of light for various decorative, traditional and religious purposes. Inspired by the blackening of paintings, candle soot even gave birth to a creative art called Sootoid.

But until recently, no one imagined that this candle soot could lead us to some of the technological and scientific wonders of the world.

Can you guess the temperature of a burning a candle? A typical candle can reach 400-750 °C – in comparison, the boiling point of water is 100o°C . Temperatures at the tip are higher than the bottom.

As a candle burns, melted wax reaches the top end of the wick by capillary action. Molten wax extinguishes the flame at bottom end of the wick – as famously demonstrated by Michael Faraday in his public talk in 1848. As a result, the entire candle does not get burnt at once.

As the temperature at various regions in a flame varies, emissions from middle of the flame and tip of the flame differ in nature.

These days candles with beeswax or hydrogenated vegetable oil have replaced conventional paraffin. More research will be required to compare relative health hazards. Beautiful coloured candles, such as those used during religious festivals, get their colours from metallic additives. These additives result in different types of candle soot e.g. formed with iron (Fe+3) modified wax produces magnetic nanocarbons.

But candle soot is a cheap source of nanocarbon. The deposition process is simple, just burning a candle – something humans have been doing for millennia, unaware that they were creating nano-carbons. This nanoscale nature of candle soot drives attention to its successful testing for various energy harvesting, storage and conversion applications. Examples include batteries for our cell-phones, laptops and electric vehicles.

Interestingly, carbon from candle soot is actually a fluorescent nanomaterial exhibiting different colours. This needs to be separated from unwanted organic material in the soot by post-processing, such as washing or treating soot with other chemicals. And this fluorescent nanocarbon is useful in detection/sensing and cutting edge biomedical research.

For example, these fluorescent nanocarbons are used to detect and highlight harmful agents inside the human body. Drugs for the effective treatment of certain diseases need to be delivered to specific areas in the human body without contact with other regions.

Due to nanosize and the biocompatibility of candle soot derived nanocarbon, it is possible to employ it as a drug delivery vehicle.

How soot can be a smart material

Additionally, candle soot is superhydrophobic (has a strong dislike for water). As a result, it creates possibilities for various self-cleaning surfaces. Examples include glasses, goggles, touch-screens, stain free fabrics, anti-corrosive, anti-fogging, anti-icing and anti-reflective smart textiles, as well as paints and coatings.

So, just a pinch of candle soot in your graduation robe and you wouldn’t have to worry about whether it’s raining on your special day! A pinch more when manufacturing your favourite party dress and you would not cry over spilled champagne. And public walls coated with candle soot superhydrophobic paints can bounce back liquids and keep cities clean.

The deposition of candle soot is reported to be the easiest and most cost effective method for latent fingermarks visualisation.

My review article on candle soot

I wrote a review article Candle soot: Journey from a pollutant to a functional material for Elsevier’s ‘Carbon’.

My review talks about the journey of previous research papers on the formation of candle soot and its wonders including energy, biomedical and environmental.

Candle soot was considered to be just a source of air pollution. However, the discovery of the fluorescent carbon nanoparticles from candle soot by Mao et al. in 2007 changed that.

And it was followed by around 100+ research articles of  related investigations during the last decade (based on Scopus).

What next for candle soot?

There have been a lot of attempts to investigate the wide range of functional applications of candle soot. Still, much scope remains for further research to tap its versatile potential and cost effective scale-up.

I hope that this review article will act as a guideline for the future research on candle soot.

Maybe after reading this the next time you go to the pub you’ll ask the bar staff to remove the candle from your table!