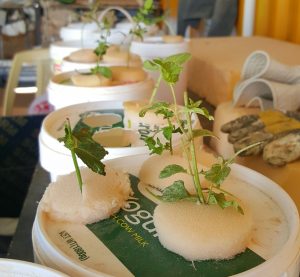 An abandoned school isn’t where you’d expect to find researchers trying to solve the problem of feeding a world of 10 billion. Neither is a refugee camp. But this team of University of Sheffield and Grantham Centre researchers are nothing short of resourceful.

Summer temperatures in Za’atari refugee camp in Jordan – the world’s largest camp for people displaced by the Syrian Civil War – reach around 37℃. So when Grantham Centre Director Tony Ryan visited he was relieved to be invited out of the glaring heat. Brought into the comparative cool of one of the camp’s warehouses, Tony got a shock. Because inside, piled from floor to ceiling, were hundreds of mattresses. Used, discarded mattresses. 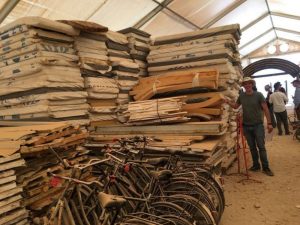 Tony and his team were in Za’atari working with refugees to develop useful products out of waste materials. Because it’s better to reuse than throw away, they were converting surplus bikes that had been fished from canals 4,000 miles away in Amsterdam. Almost every bit of the bikes could be reused. The team made rickshaws to take children to school, wind turbines for power and walking frames for children with cerebral palsy.

The mattresses, however, marked the beginning of something even greater…

And watch the video ↓