The subject of genetic modification is one of the most controversial topics in the food security debate. In this blog, Grantham Scholar Chris Dutton reflects on some the issues surrounding genetic modification, which were up for discussion at the Journal Club session led by one of his supervisors, Professor Julie Gray.

‘A Meta-Analysis of The Impacts of Genetically Modified Crops’ by  W. Klümper and M. Qaim. 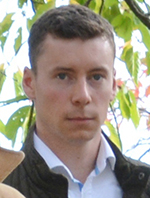 This week’s Journal Club discussed the controversial issues behind genetically modified (GM) crops, focusing on a recently published paper titled, ‘A meta-Analysis of The Impacts of Genetically Modified Crops’. Firstly, for any readers not familiar with ‘GM’, this term refers to any organism that has DNA alterations that do not occur naturally by mating.

China were probably the first to sell GM crops during the ’80s – these were virus resistant tobacco and tomato plants. Since then GM crops have been adopted all over the world. The majority are either herbicide tolerant, or pest tolerant crops.

The paper discussed answers some broad but interesting questions that surround the success of GM crops. The authors analysed published data which suggested that farmer profits are, on average, 68% greater when growing GM crops than when growing conventional crops. This figure is due to a number of confounding factors such as increased yields, decreased pesticide use, cheaper herbicides and less land management practice being required to maintain a healthy crop.

In addition, yield increases from GM crops are said to be up on average by 22%, with the greatest increases in yield from GM being experienced in the developing world. This is promising for the future, and for poorer countries and farmers who historically have lower access to, or cannot afford, fertiliser and chemicals that boost crop productivity. GM crops could therefore go some way to compensate for below average yields in the developing world.

This paper does show clear economic benefits of GM crops for farmers – but more widely, there remains a debate around the acceptability of GM food. A lot of work maybe needed in the developed world to convince the public that GM foods are a safe way of feeding a growing population.