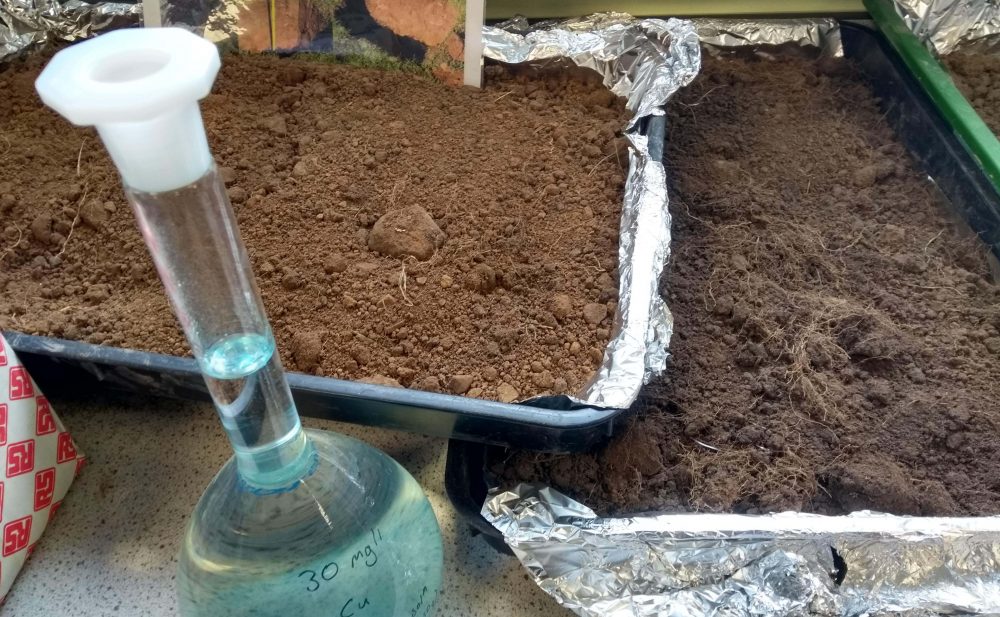 Soil loss is an unfolding global disaster that will have catastrophic effects on world food production, scientists at the United Nations Conference on Climate Change have warned.

Speaking today at the 21st Conference of the Parties in Paris, experts from the Grantham Centre revealed that nearly 33% of the world’s arable land has been lost to erosion or pollution in the last 40 years.

They said vital action must be taken to prevent devastating knock-on effects. 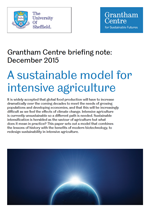 The Sheffield scientists urge that a sustainable model for intensive agriculture is crucial to cope with the increase in global food production needed to feed the world’s growing population.

Meeting this demand will become increasingly difficult as we feel the intensifying effects of climate change.

Click the image to read the full briefing note → →

At the moment, intensive agriculture is unsustainable – under the intensive farming system current crop yields are maintained through the heavy use of fertilizers, which require high energy inputs to supply inorganic nitrogen via the industrial Haber-Bosch process. This consumes five per cent of the world’s natural gas production and two per cent of the world’s annual energy supply.

However, scientists have discovered that the key to creating a future sustainable model for intensive agriculture could lie in the past and even be supplemented by human excrement as an organic fertiliser.

Duncan Cameron, Professor of Plant and Soil Biology at the University of Sheffield, said: “Soil is lost rapidly but replaced over millennia and this represents one of the greatest global threats for agriculture.

“Erosion rates from ploughed fields average 10-100 times greater than rates of soil formation and nearly 33 per cent of the world’s arable land has been lost to erosion or pollution in the last 40 years.

“This is catastrophic when you think that it takes about 500 years to form 2.5 cm of topsoil under normal agricultural conditions. A sustainable model for intensive agriculture could combine the lessons of history with the benefits of modern biotechnology.”

Colin Osborne, Professor of Plant Biology at the University of Sheffield and Associate Director of the Grantham Centre for Sustainable Futures, added: “Historically, good soil management was supplemented by the collection and application of ‘night soil’, which is human excrement – a practice that continued into the 20th century.

“In a historical example of the circular economy, this closed the nutrient loop, recycling organic nitrogen and phosphorus back into soil.

“A sustainable soil-centric reengineering of the agricultural system would reduce the need for fertiliser inputs and pesticide application, and require less irrigation, thus contributing towards safeguarding finite natural resources.”

Stay up to date with all our research – sign up to our newsletter.

Three principles for a sustainable model of agriculture

Professor Cameron and his team believe that a sustainable model for intensive agriculture is founded on three principles:

Using biotechnology to wean crops off the artificial world we have created for them, enabling plants to initiate and sustain symbioses (close interactions) with soil microbes. These symbioses allow crops to exploit microbial biology to tap into soil organic nutrient reserves, and prime plants to better defend themselves against pests and diseases.

Recycling nutrients from sewage in a modern example of the circular economy. Inorganic fertilizers could be manufactured from human sewage in biorefineries operating at industrial or local scales. A number of technical challenges impede the immediate adoption of this idea, but these can readily be addressed through research.

Professor Peter Horton, Emeritus Professor of Biochemistry and Associate Director of the Grantham Centre, said: “In order to facilitate such a wholesale redesign of the agricultural system, we need to assess the potential scientific, economic, cultural and political impediments to this happening, and resolve the potential benefits of this redesign for sustainability.

“In doing so, we could reduce our dependence on energy-intensive and non-renewable inorganic fertiliser, reduce fertiliser pollution of watercourses, and create a soil fit for future generations.

“Of course, no one model equally fits all problems. Different agricultural scenarios such as varying geography, climate or crop might benefit from our approach more than others. And any redesign of the agricultural system needs to be sufficiently flexible to accommodate this.”