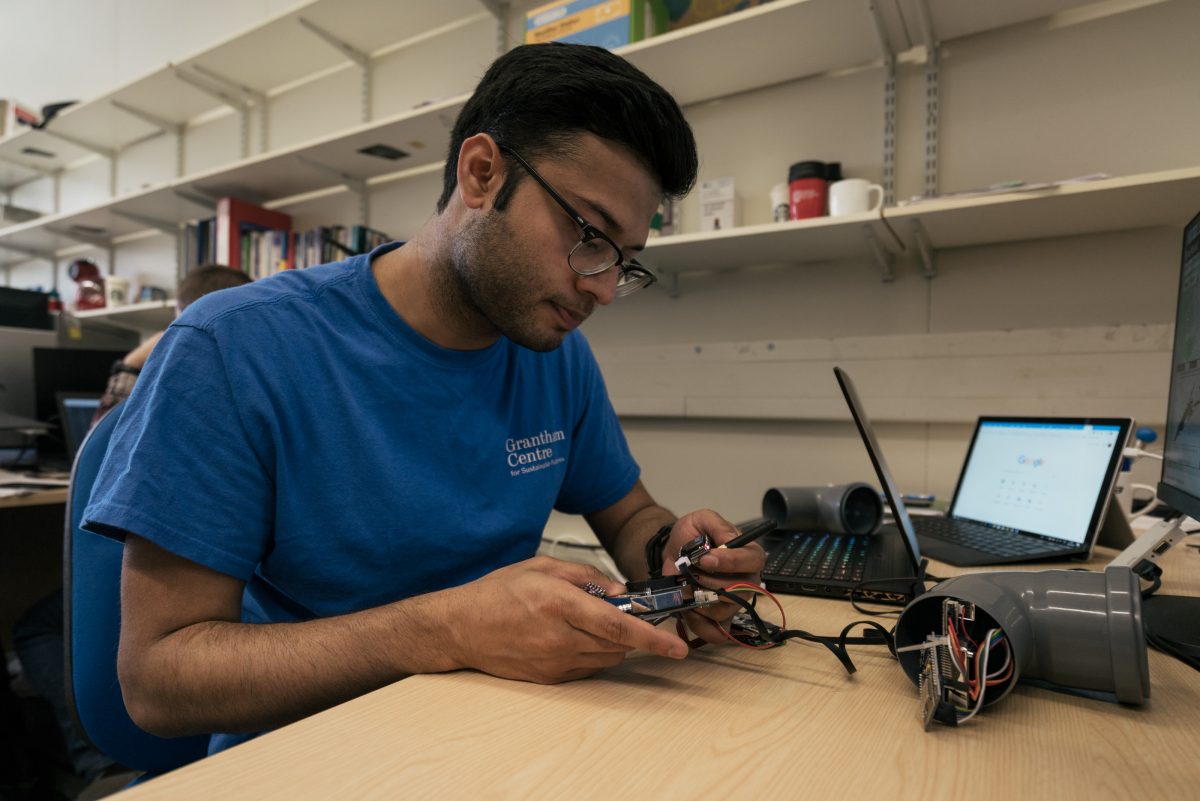 Grantham Scholar Rohit Chakraborty has been talking about air pollution on the One Show.

Rohit has previously appeared all over the media in his mission to explain the dangers of air pollution, appearing on local news shows and newspapers frequently. His outreach stems from his research with Urban Flows and the Grantham Centre.

In light of changes in air pollution levels due to the lockdown, Rohit was asked to talk air pollution on the One Show. The One Show is one the BBC’s flagship programmes.

You can catch his interview for a limited time on the BBC iPlayer. And we have an extract of his interview Q&A you can read here.

Extract from air pollution interview on the One Show

Q. Why is air quality important when it comes to Covid-19?

RC: A study found that someone who has lived for decades in a country with high levels of fine particulate (PM) pollution exposure is 15% more likely to die from Covid-19 than someone who lives in a region that has just 1 microgram per cubic meter less of such pollution.

Q. Rohit – tell us about what has happened to air quality since all this started?

RC: It’s almost like having 3 weeks of car-free days! So, one of the side effects of the lockdown has been a reduction in outdoor air pollution levels in some places. This is due to drastically reduced road traffic around the hotspot areas.

Data suggests that in London we can see that nitrogen dioxide levels have gone down by about 25-50%. In Edinburgh, Aberdeen, Glasgow it’s down 15-25%.

Traffic in London is apparently down by about 80% – which is staggering. So the difference in air quality is significant. From satellite data we have also seen a sharp reduction in atmospheric nitrogen dioxide levels over China and Europe.

But with more people staying at home, especially the most vulnerable who are self-isolating, they might use wood burners more. Or maybe their neighbours burn firewood. We don’t know how much short term air pollution exposure from wood burners will impact people who become Covid-19 positive. But for people who are already struggling to breathe, this can aggravate the issue in hand.

Other than domestic combustion, increase in delivery related transport has been reported, which could add to the pollution levels.

A friend of mine who works with WHO believes that we may discover that transport operators like taxi, bus and train drivers, or home delivery drivers and the police, are exposed to far more air pollution than many of us. As a part of the scientific community we are all curious to find out if the death rates of these outdoor professions will be found to be higher than others.

Q. Is this drop just caused by lower levels of traffic or are other things contributing?

It’s hard to distinguish at the moment between traffic and industry, for example.

But yes – lower levels of traffic is the MAIN reason for the reduction in ambient pollution. Because we are not commuting or taking other trips we’d normally take. But we do need to take into account the impacts of weather. For example, pollution can be trapped in stagnant air, or wind could carry in particles from miles away.

Q. Is this going to affect our environment in the long term?

RC: While this crisis is having a huge impact on people’s lives and the ambient pollution levels, it’s not going to have a long-term impact on the world’s environment overall. We still have problems with melting ice caps and greenhouse gases. And those problems will still be with us when this crisis is over.

However, we are – in effect – taking part in an unintended giant global experiment. All around the world the biggest pollutant producers are being switched off at the same time, which previously was thought impossible. It is allowing us to study what impact this has on air quality.