This project aims to critically evaluate media and social media reporting of the science surrounding the GM debate and portrayal of recent developments in crop improvement.

Although genetically modified (GM) crops may improve food production efficiency, agricultural sustainability and ultimately food security, there is strong consumer resistance to GM agriculture. Issues of benefit, safety and trust seem to play an important role in public perception of risk. The media have been implicated in fuelling such resistance. Media reporting of news about GM routinely use scientific studies to support and validate opinion.

The development and popularity of social media and the widespread use of the internet has further fostered public debate. Social media representation of the GM debate provides a window into public opinion and interpretation of scientific studies.

The aim of this studentship is to further the understanding of the discourse around empirical science within the media ecology. Our methodological approach will combine social media analysis and content analysis to allow the interrelationships and connections between scientists, media, commercial stakeholders and the public to be mapped an analysed. We will analyse messages from different sources such as Twitter, blogs, Facebook posts and newspapers.

Roberta was a communications intern here at The University of Sheffield. As part of that work, she interviewed fellow Grantham Scholar Fiona Turner. Roberta and Fiona spoke about PhD life, how Fiona dealt with 4 different supervisors and what she’s doing now. Read: Rising sea levels and the case of the ‘missing ice’. 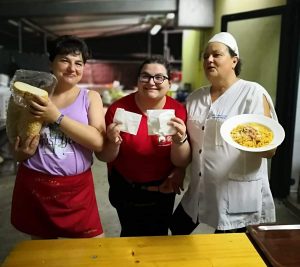 Read this interview with Roberta: Jam-jars, genetic modification and the Italian food nerd.

In it Roberta discusses why she thinks GM is so controversial, food justice and the environmental crisis.