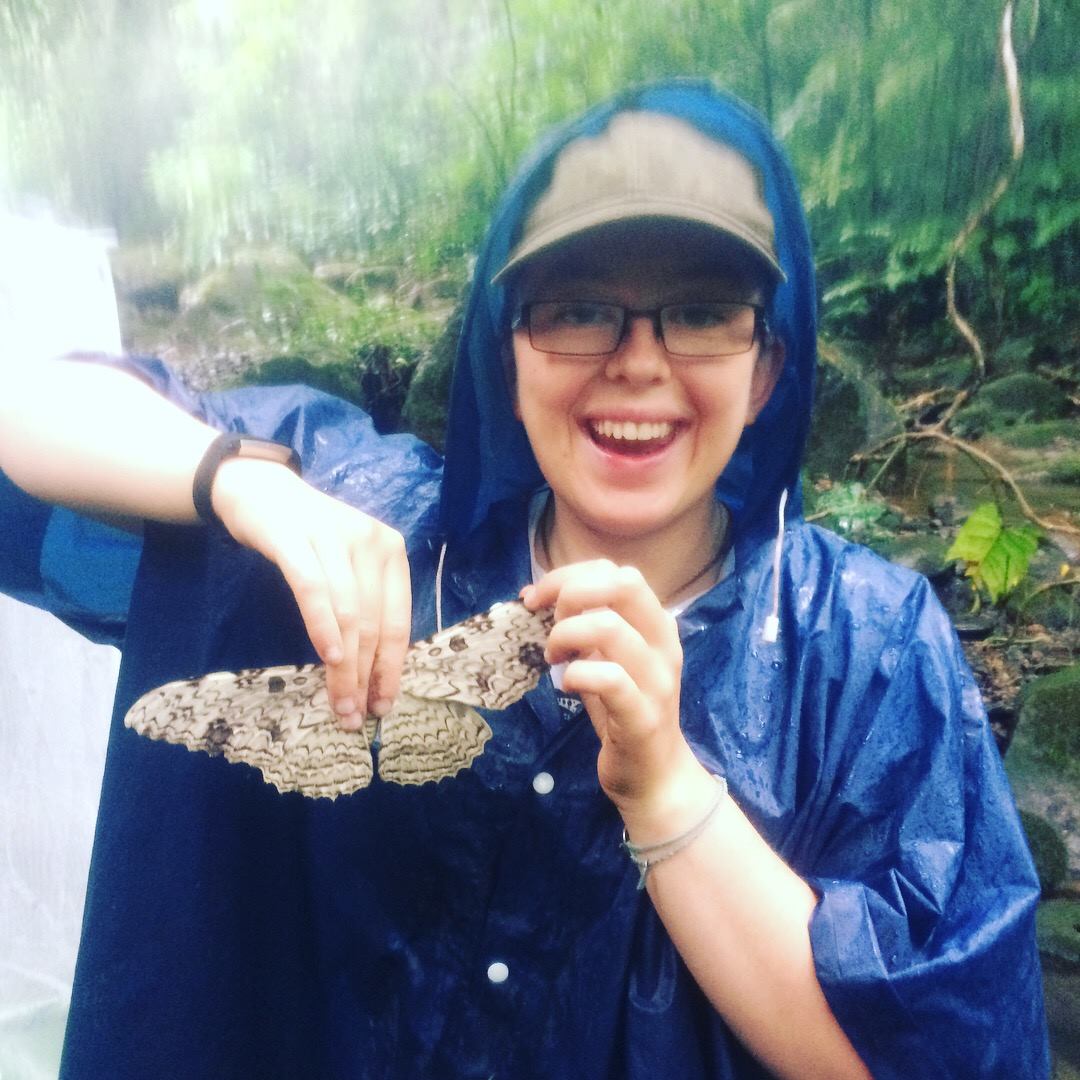 Within cities growing crops in allotments has become increasingly popular. Urban agriculture now offers opportunities to increase food security and increase the ecological integrity of cities. Allotments can contain the highest diversity of flowers and plants in urban areas and they represent a substantial area of urban green spaces. For instance, in the UK 330,000 allotment plots cover an area of 135km2. However, very little is known about the role that allotments play in supporting insect populations and acting as biodiversity refuges.

It now common knowledge that pollinators and herbivores play an important role in conventional food production, but there is little known about the details of the insect communities and their interactions in urban agriculture.

Multidisciplinary knowledge exchange and cake. At Internal Seminars and Cake – ISAC – the Grantham Scholars showcase their work in an informal setting. Emilie was one of the presenters who Centre Administrator Jana Green captured on camera for this write up of ISAC March 2022.

With the publication of her paper on domestic gardens and moths, Emilie explains the importance of working together for moths. Read: Wildlife gardening for moths research.