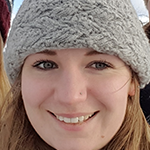 Making accurate projections of future climate change relies on us having reliable and large amounts of data, as well as a finely tuned climate model.

There are no direct measurements of the Earth’s climate from before 1659, and most direct climate measurements do not start until after 1900. This is particularly bad in relation to Antarctica, where measurements weren’t taken until the 1950s. Further, it wasn’t until satellites went up in 1979 that measurements could be taken across the whole continent.

Because changes to the climate occur slowly, these measurements are essentially equivalent to only a few independent observations of the climate’s dynamics, making it hard to learn both how and why it changed in the past.

However, much longer proxies for climate measurements can be obtained by analysing natural archives of preserved physical and chemical characteristics, such as ice cores. This tells us indirectly about the prevailing climatic conditions at the time.

The project: what can ice­-cores tell us about climate?

This project aims to use palaeo-data and advanced statistical methods to analyse computer models and quantify the inherent uncertainty in the data.

By carefully treating this uncertainty and avoiding scientific errors that have been made in the past (the ‘hockey stick’ and the ‘climategate’ controversies were both due to arguments over the statistical treatment of palaeo data), better predictions of future changes in the planets’ climate can be made.

Fiona presented her work at COP25↓

School of Mathematics an Statistics