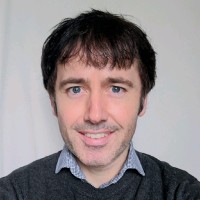 Keelan Meade is one of our Post-Doctoral Research Associates working on Many Happy Returns. Before this, he worked on the Extended Plastic Partnership in Circularity (EPPIC) project.

A Social and Environmental Psychologist with an interest in people-environment interactions, Keelan specialises in social acceptance of renewable energy, behaviour analysis, and behaviour change.

His role in Many Happy Returns is to understand people’s decisions and behaviours with respect to reuse. And he will look at whether it is possible to promote reuse through behavioural interventions.

Keelan has a BA (Hons) in Psychology from University College Dublin. And he has an MSc in Investigative Psychology from the University of Liverpool. He completed his PhD at the University of Sheffield as part of WindNet, a cross-cutting PhD studentship network involving 6 departments, which provided an integrated, interdisciplinary perspective on socio-technical barriers to wind turbine development.

You can find Keelan on Twitter and also on LinkedIn.