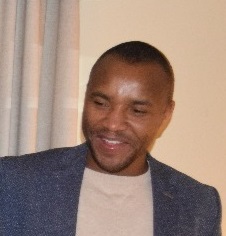 High level policy organisations such as World Bank and FAO, see improved productivity of smallholder agriculture as key to achieving including SDG 1 (No Poverty), SDG 2 (Zero hunger), with irrigation infrastructure central to achieving SDG 6 (Water for all). The need for water infrastructure is particularly acute in semi-arid parts of Zimbabwe where rain-fed agriculture is barely viable.

However there are inefficiencies and inequities in the ways in which irrigation systems work, with concerns about limited access and about depletion of ecosystem functioning (reduced river flows). In recent decades there has been a strong policy focus on building institutions such as irrigators associations, and establishing water rights regimes. Conversely, there has been a relative neglect of infrastructure and its effects.

However the capacity of irrigators to distribute and use water effectively depends on their ability to control the water flow, which is determined by the infrastructure (the form of water offtake structure, the size of storage facility, the permeability of canals). The operation of this infrastructure will in turn be shaped by social factors such as who dominates the irrigators association, who is represented, how funds are collected, how conflicts are resolved.

Engineering approaches to irrigation focus on designing optimal solutions which often work differently than intended. Social scientists highlight power and the unequal social relations which shape the functioning of water infrastructure. Relatively few studies take a combined socio-technical approach to understanding the functioning of infrastructure in irrigation systems and the effects that this has on livelihoods and ecosystems.

This research adopts an interdisciplinary approach to understand how irrigation infrastructure works and to identify the potential for positive social and environmental adaptation. It assumes that both irrigation infrastructure and institutions are, in practice, subject to processes of adaptation and improvisation by engineers, water operators and water users. Such processes of bricolage result in uneven outcomes but also provide opportunities for facilitated interventions and positive change.

Tavengwa has co-authored two publications. One looks at water governance on the micro scale of practice. The second looks at land cover characterisation in semi-arid regions.

Attention to Sociotechnical Tinkering with Irrigation Infrastructure as a Way to Rethink Water Governance.